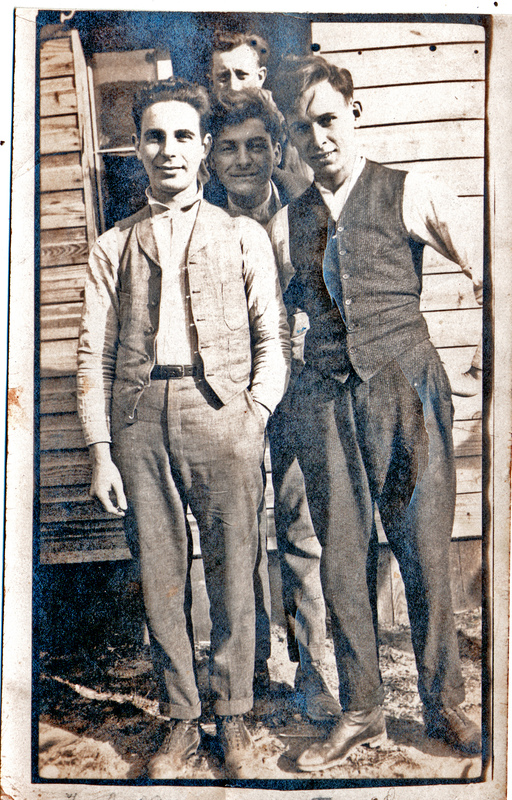 Born on June 20, 1893; registered for draft on June 5, 1917, as a C.O.; sent to Moyamesing Prison for 35 days; arrived at Camp Meade on Nov. 4, 1917 and assigned to 315 Infantry; declared a C.O. on Nov. 8, 1917; refused to wear uniform, or to accept noncombatant service, farm furlough, Friends Reconstruction work; diary was stolen ca. Jan. 10, 1918 while at Camp Meade; put in military stockade; sent to Ft. Jay, then to Ft. Leavenworth, then to Alcatraz; interviewed by Board of Inquiry in Jan. 1919 at Leavenworth; charged with disloyalty; sentenced to 20 years in prison, reduced to 10, then to 2 years; reason for stance = International Socialist; ex-member of Socialist Party; attended (graduated from?) Camden New Jersey High (1913); unmarried; parents were Russian-born, Jewish socialists; met Quakers while in camps and prison; attended Aug. 22, 1937 reunion of C.O.s at Camp Meade Rhoads' 1917 letter includes: "Kantor, when I told him of having come through thy request at the suggestion of Roger Baldwin, received me very kindly, acknowledged that he had had a hard time, but said that conditions had got better. As Harold Lane had previously told me that his relations with the officers seems to have become more comfortable, I suggested to Kantor that he was best 'to let sleeping dogs like,' with which he agreed." Wray Hoffman wrote in his diary (12/11/1917) that Kantor objected to being inoculated "on Tuesday; [he, along with McCay and Rose] were innoculated today" again; it was forced on him by putting him on the floor.