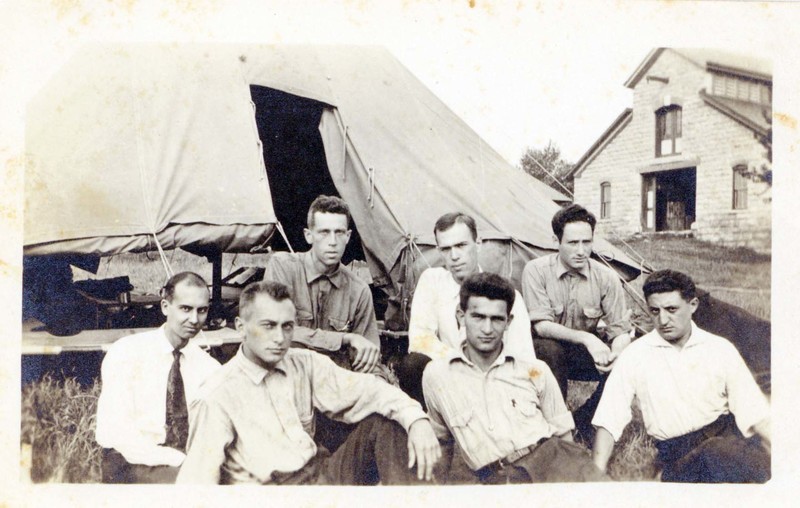 Born in Ossining (NY); moved to NYC at age 14; registered for draft on June 5, 1917, as a C.O.; interviewed by Board of Inquiry in June 1918 at Upton, July 1918 at Leavenworth, and Jan. 1919 at the Disciplinary Barracks [Ft. Leavenworth]; classed first as 1B, second as 6; sentenced to 5 years in prison, reduced to 3 years; imprisoned at Ft. Leavenworth in 1918, and at Ft. Douglas War Prison Barracks; refused to work in prison, so spent most of time there in solitary confinement; was shackled in cell for 9 hour stretches; was next to last C.O. to be released from prison; a Socialist; reason for stance = liberty of conscience; an avowed atheist; had received a medal of bravery for saving a woman's life, awarded by the Carnegie Commission [before he was a C.O.]; worked as an industrial engineer; was 98 years old when Robert Horton visited him (lived to be 101 or 102); author of Plowing My Own Furrow.